Southern Bulk Commodity Box Cars
I drove over to the Ottawa Silica plant on my way home today to see some Southern Box Cars sitting in the covered hopper sand loading tracks.  What the?  These weren't regular box cars though. I talked to the plant manager to find out that the cars had roof hatches added to make it easier for bulk loads such as phosphate, lime or sand.  The cars would often be bulk loaded when going in one direction and dry pallet freight going in the reverse direction.  The insides of the cars were very dirty after the bulk loads were unloaded so only certain return cargo could be loaded inside for the return trip.

I found these on N Scale Enthusiast and thought they would be a great addition to the layout.  I don't have much Southern Railway stuff even though I live in the south.  This way, I can add some to the layout moving sand. 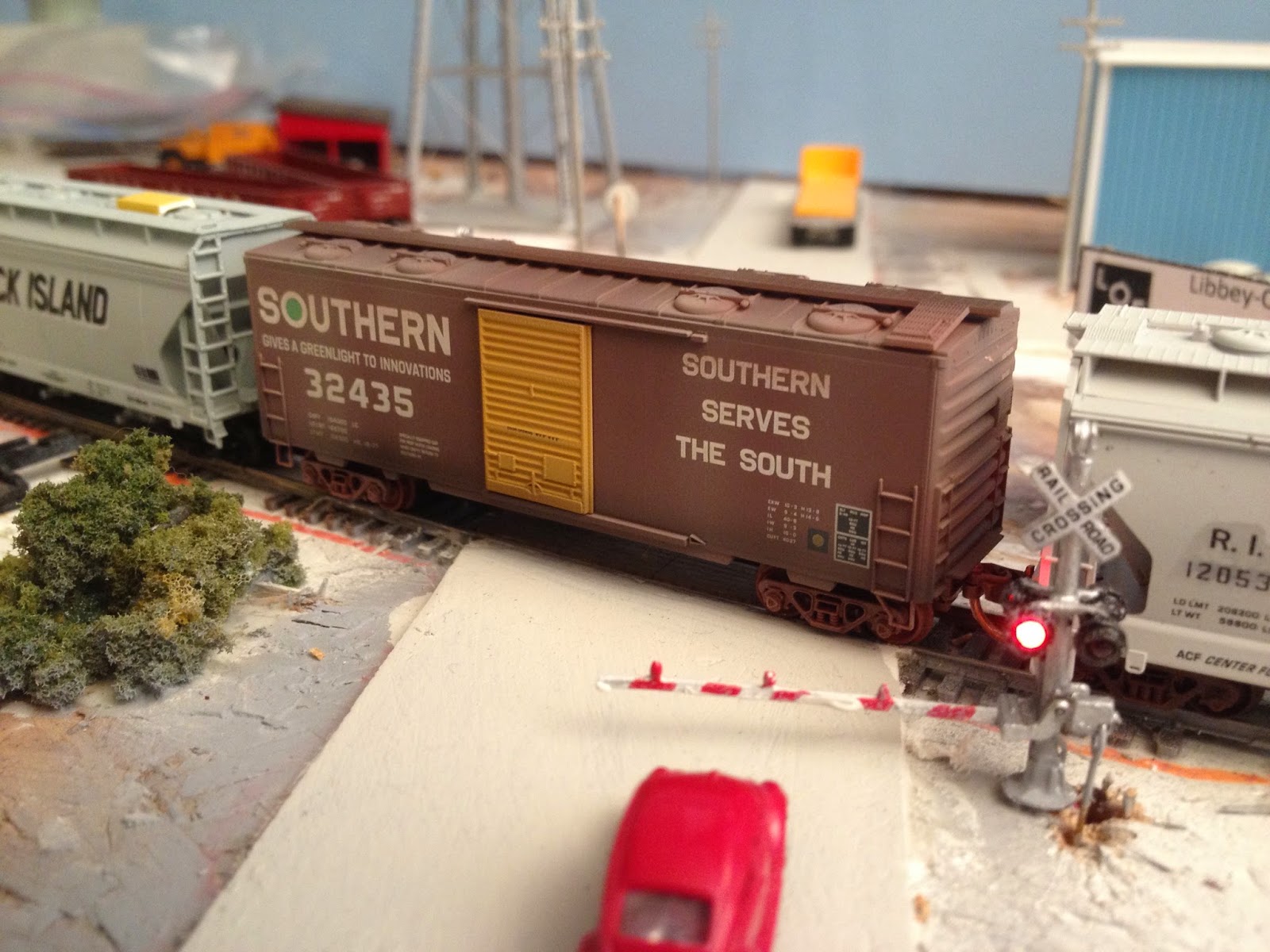 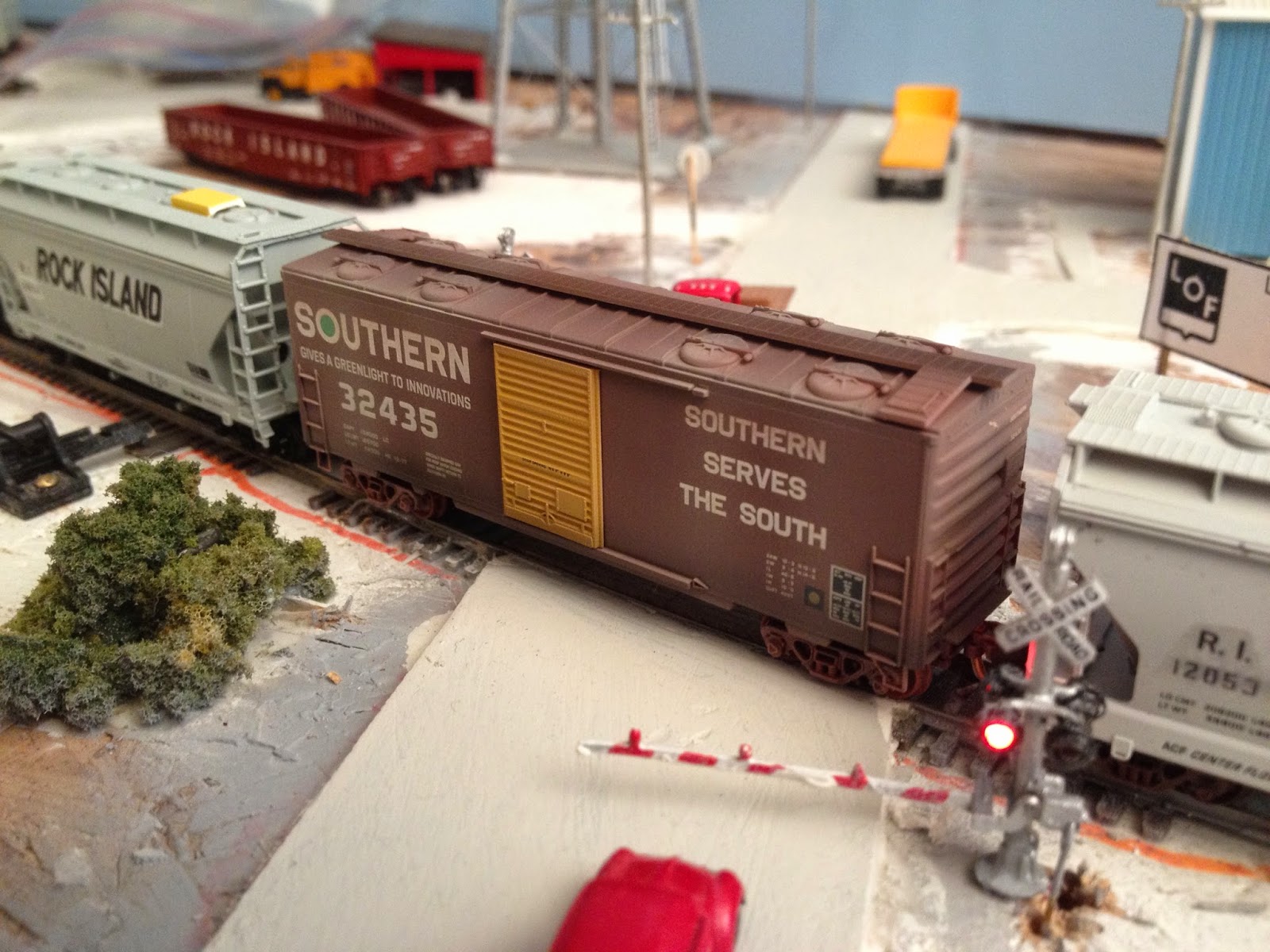 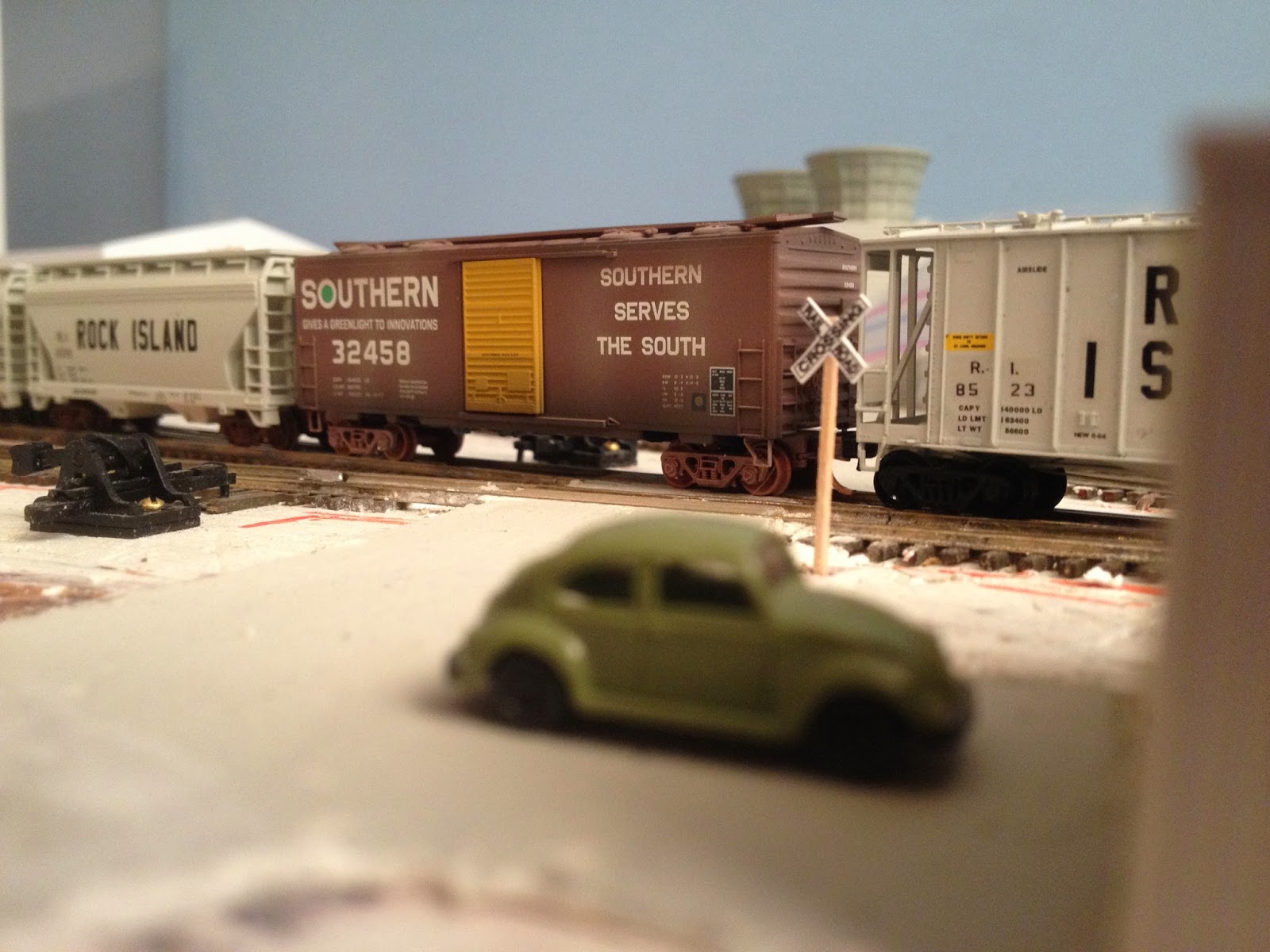 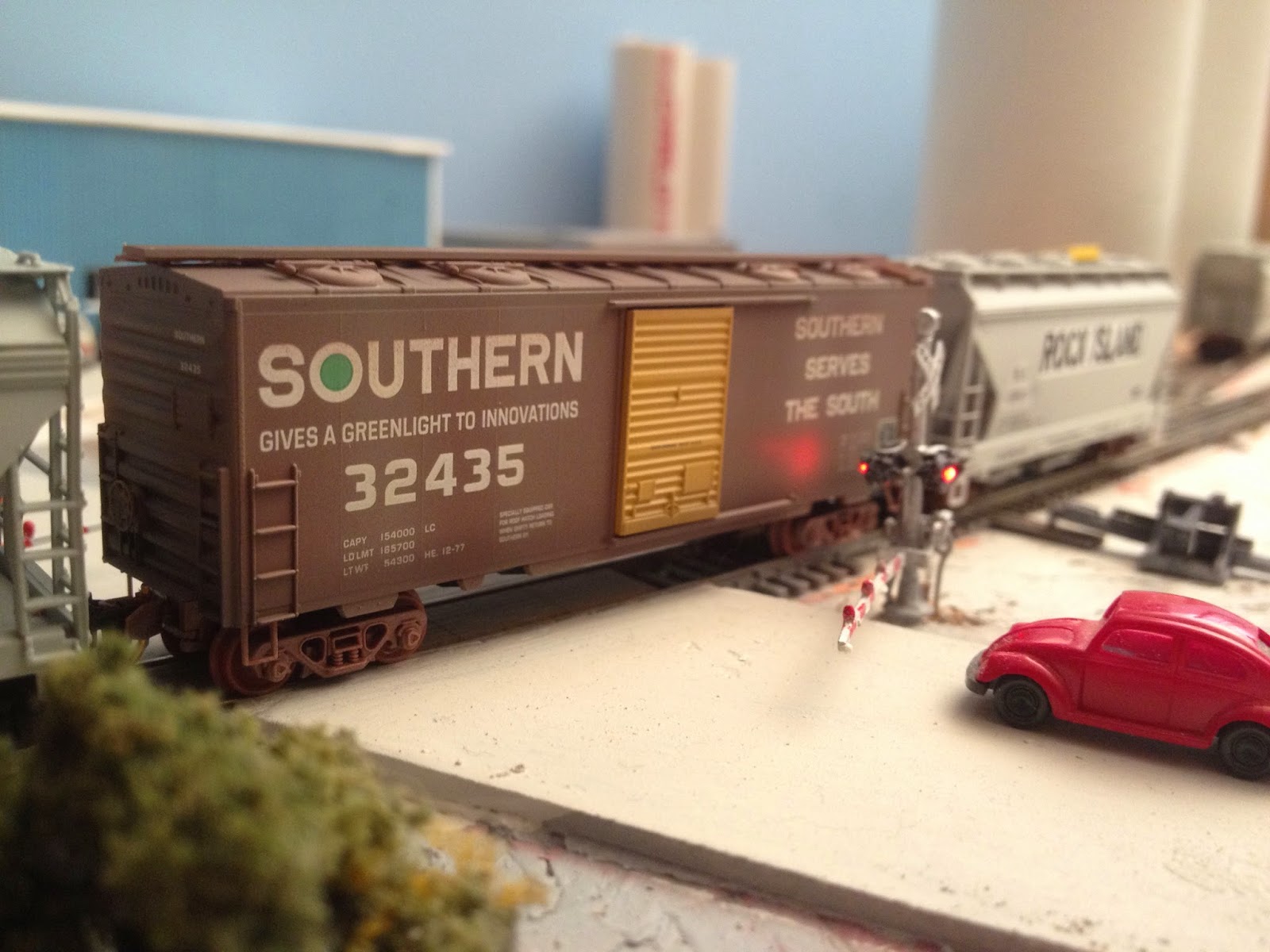 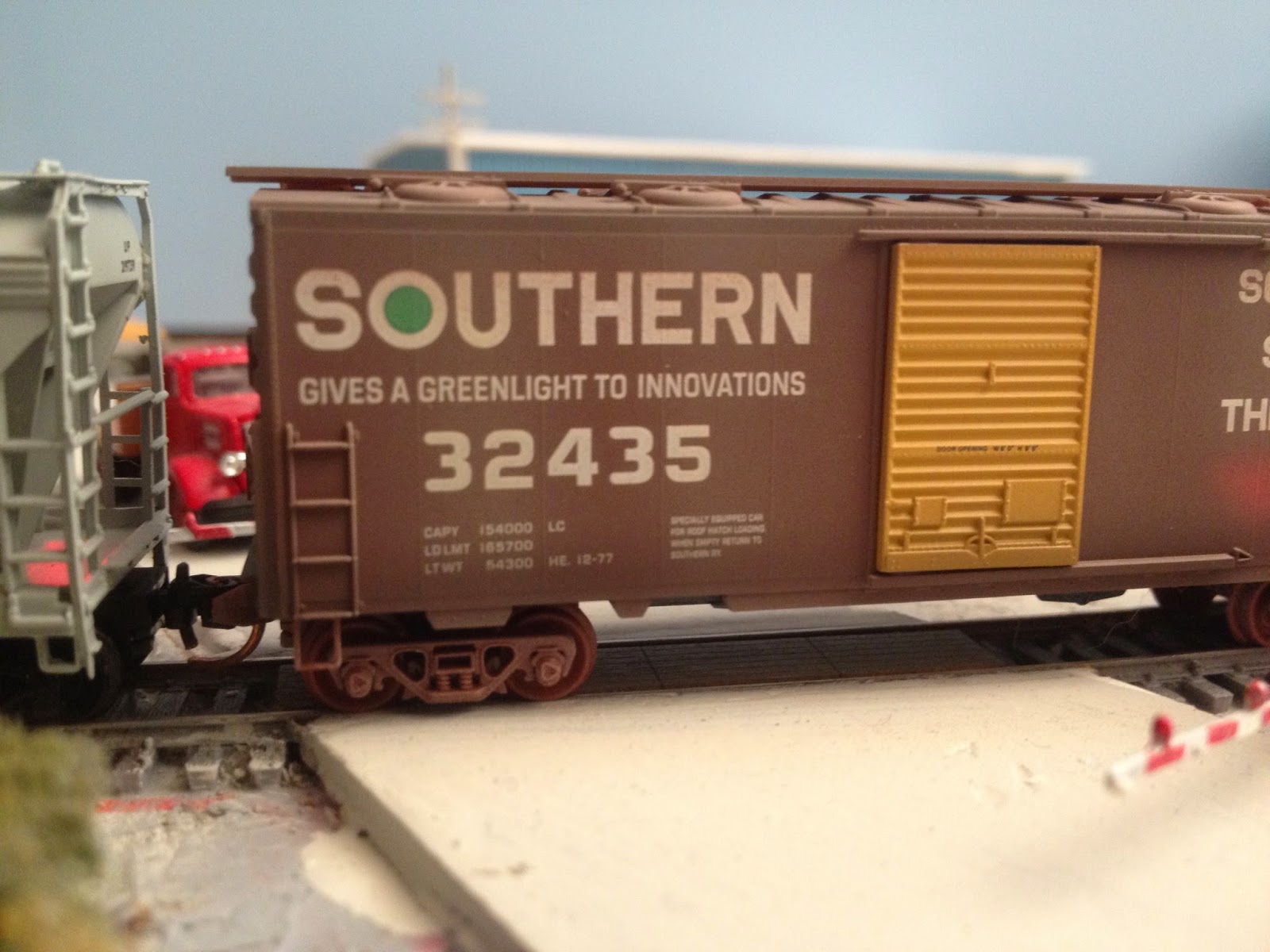 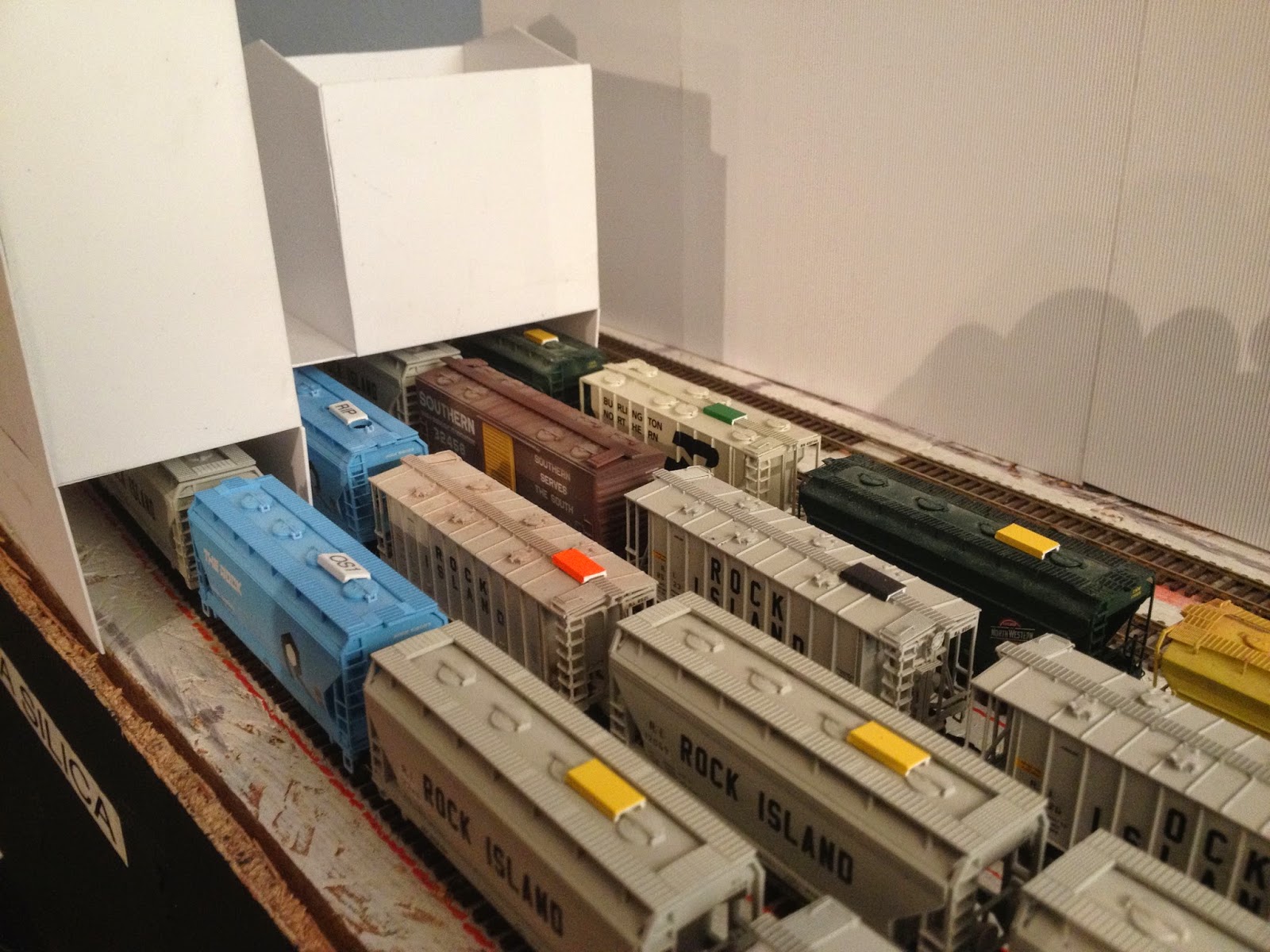 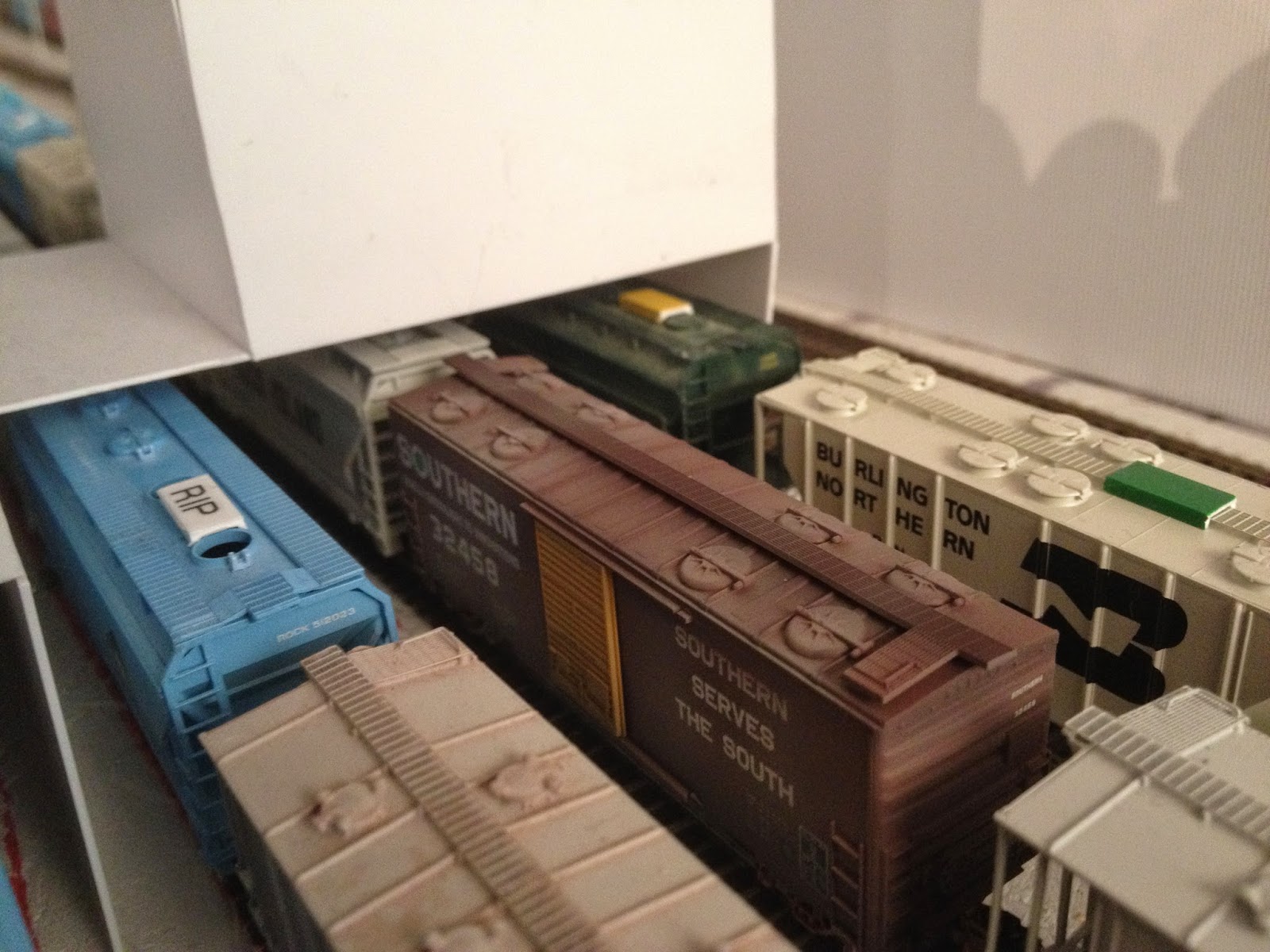 Posted by Steven Johnson at 8:41 PM No comments:

This evening, I broke out the table saw and cut some 2" tall, 5mm thickness luan strips (what I use for fascia board).  I installed them on the lift (staging) yard.  It should work quite well to prevent spillage from derailments. 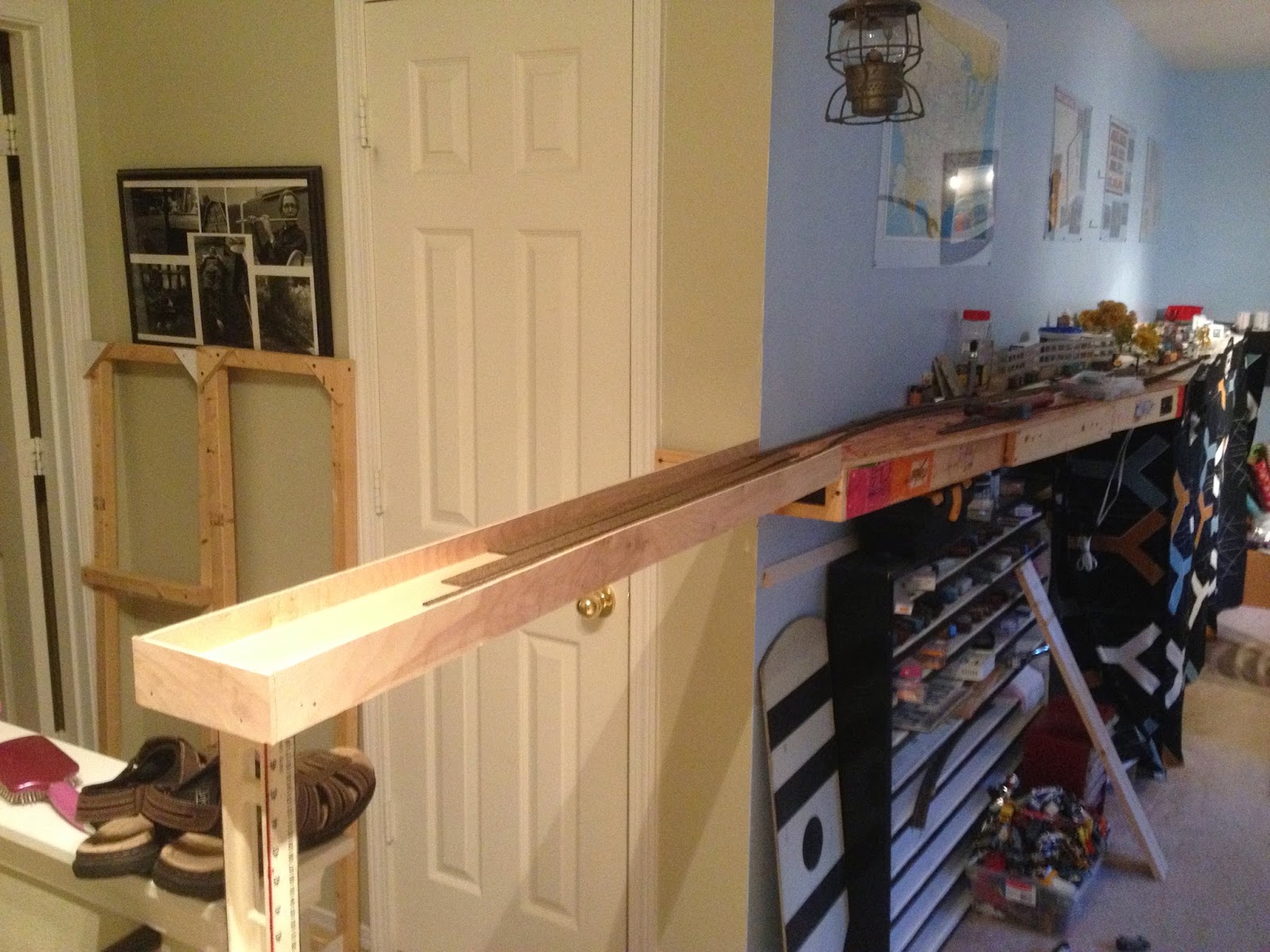 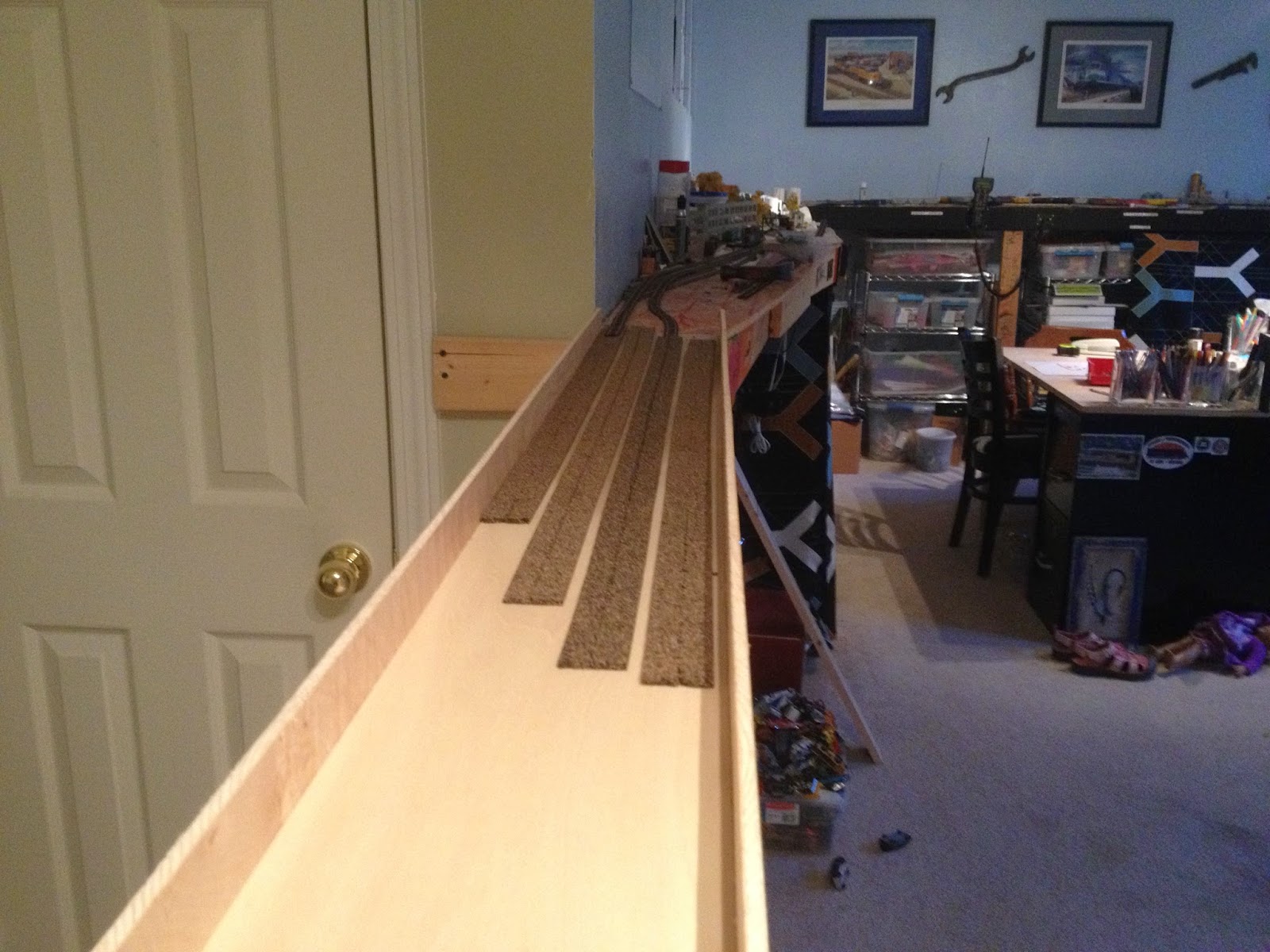 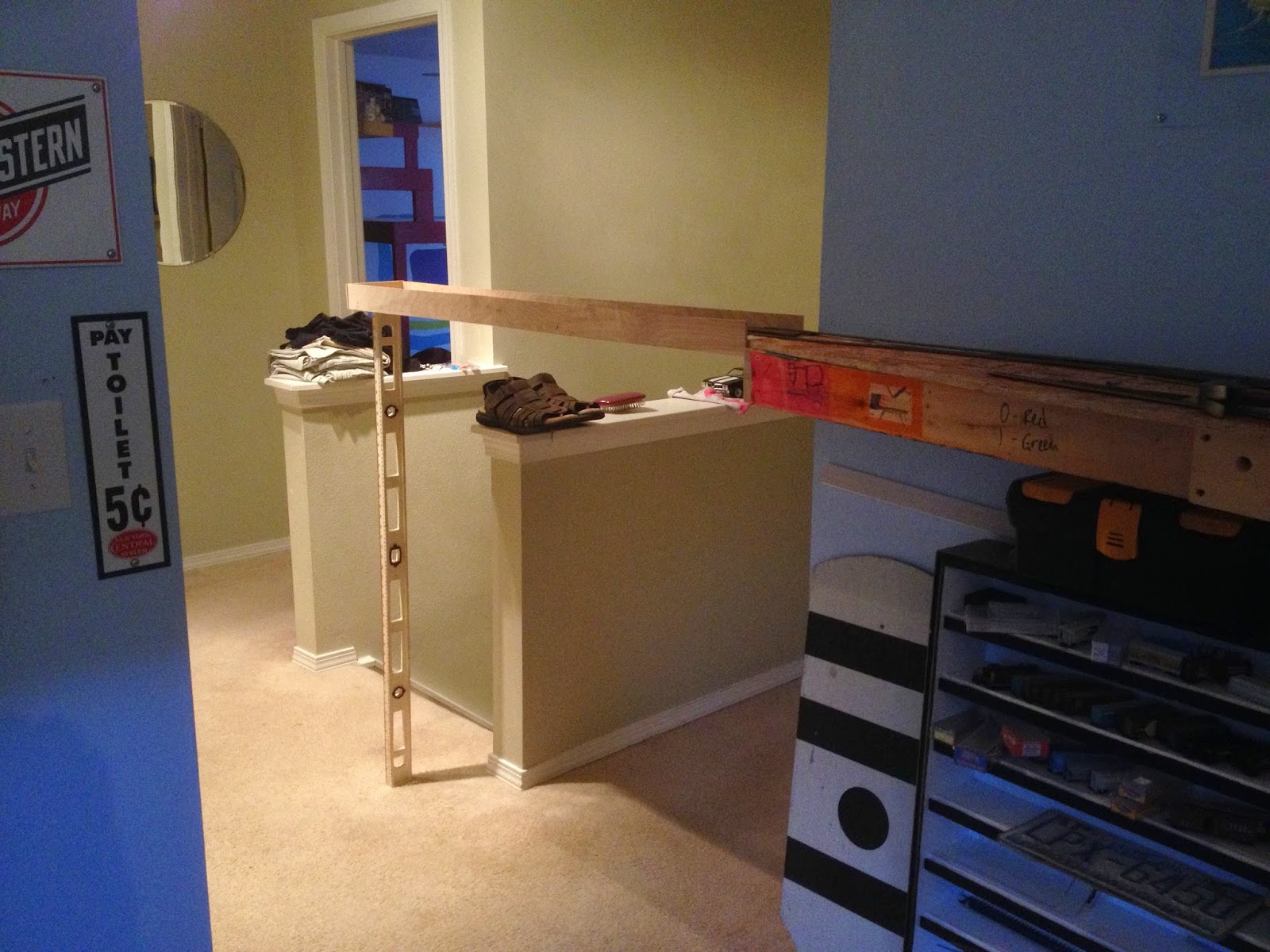 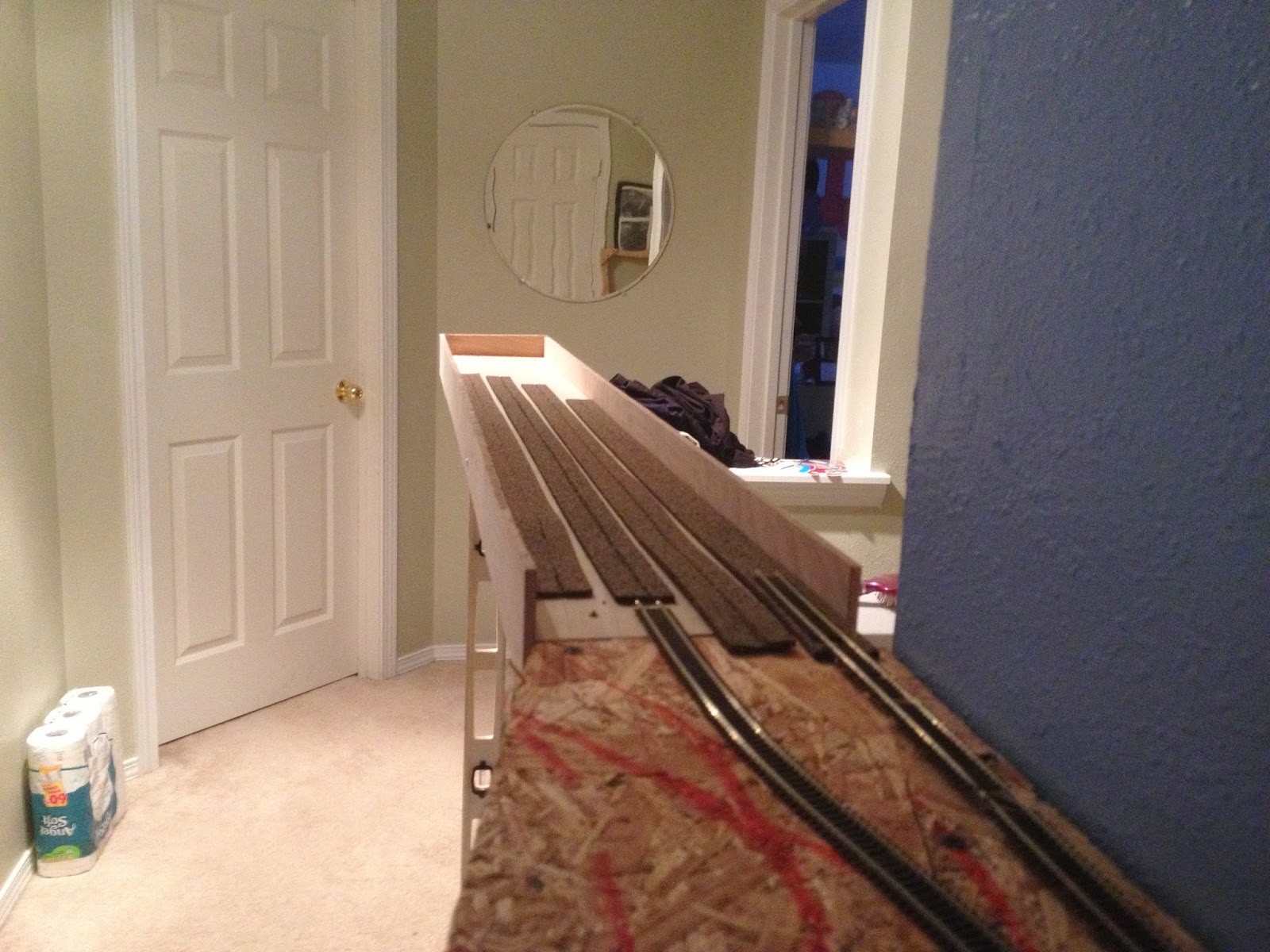 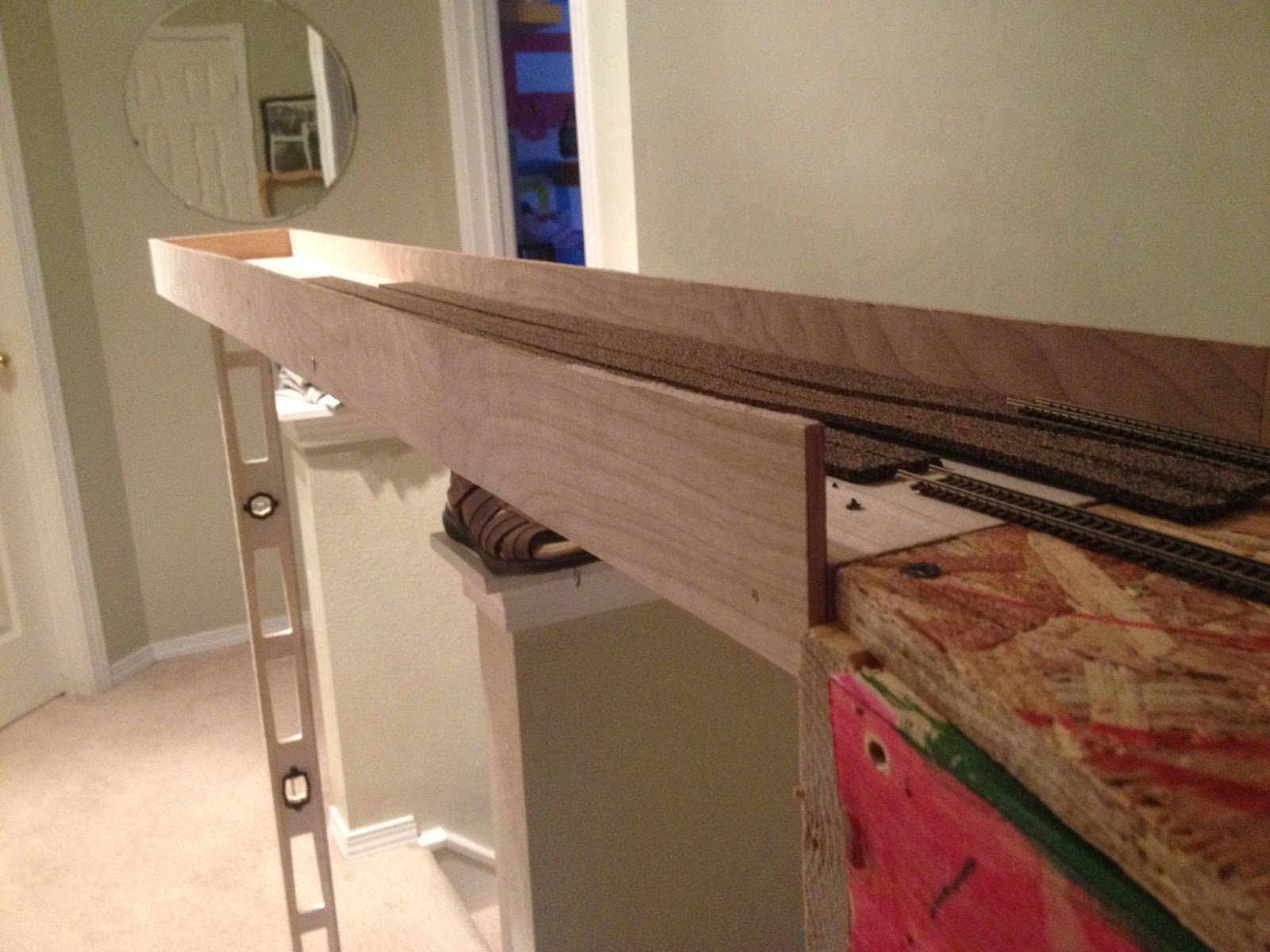 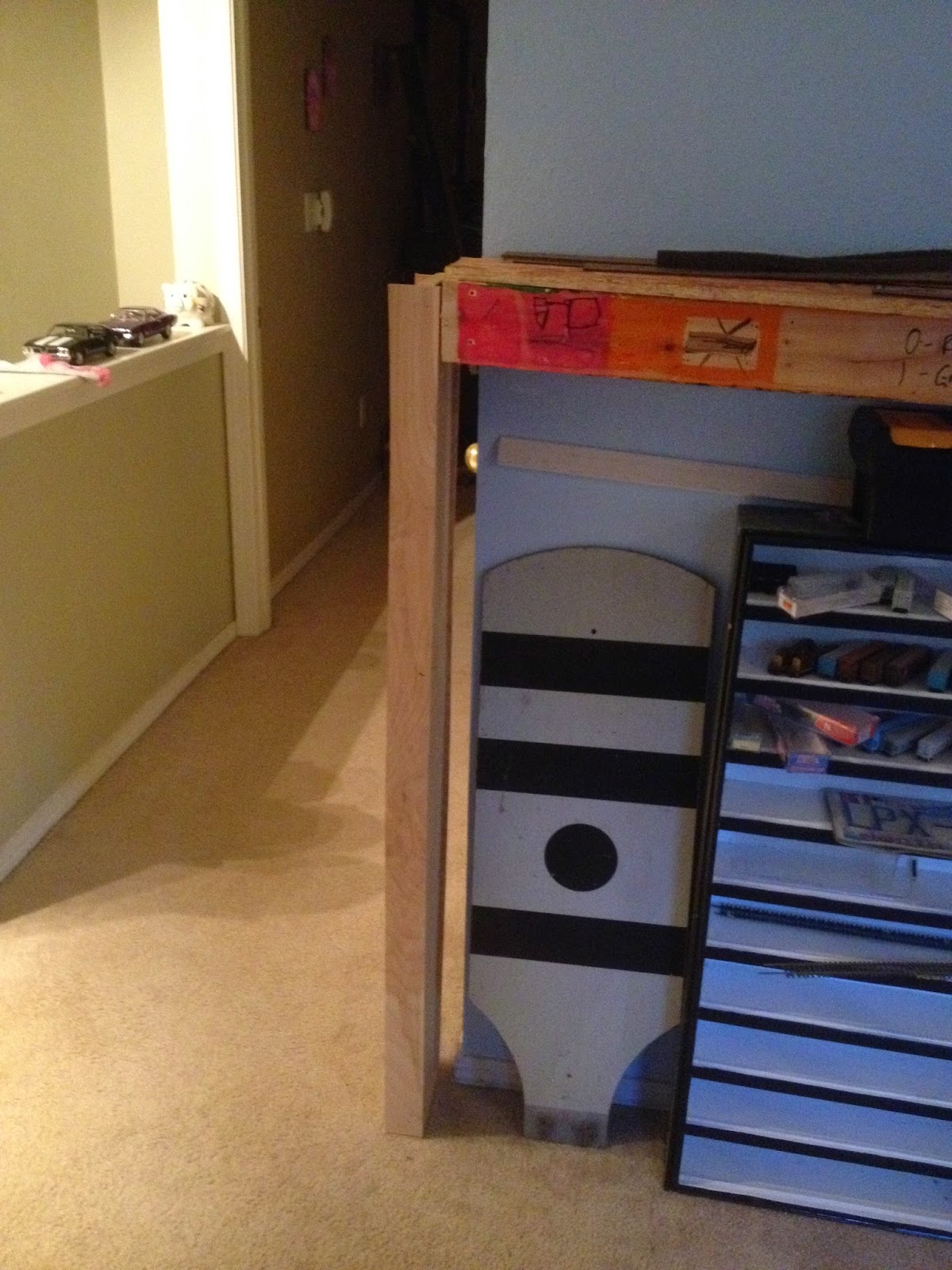 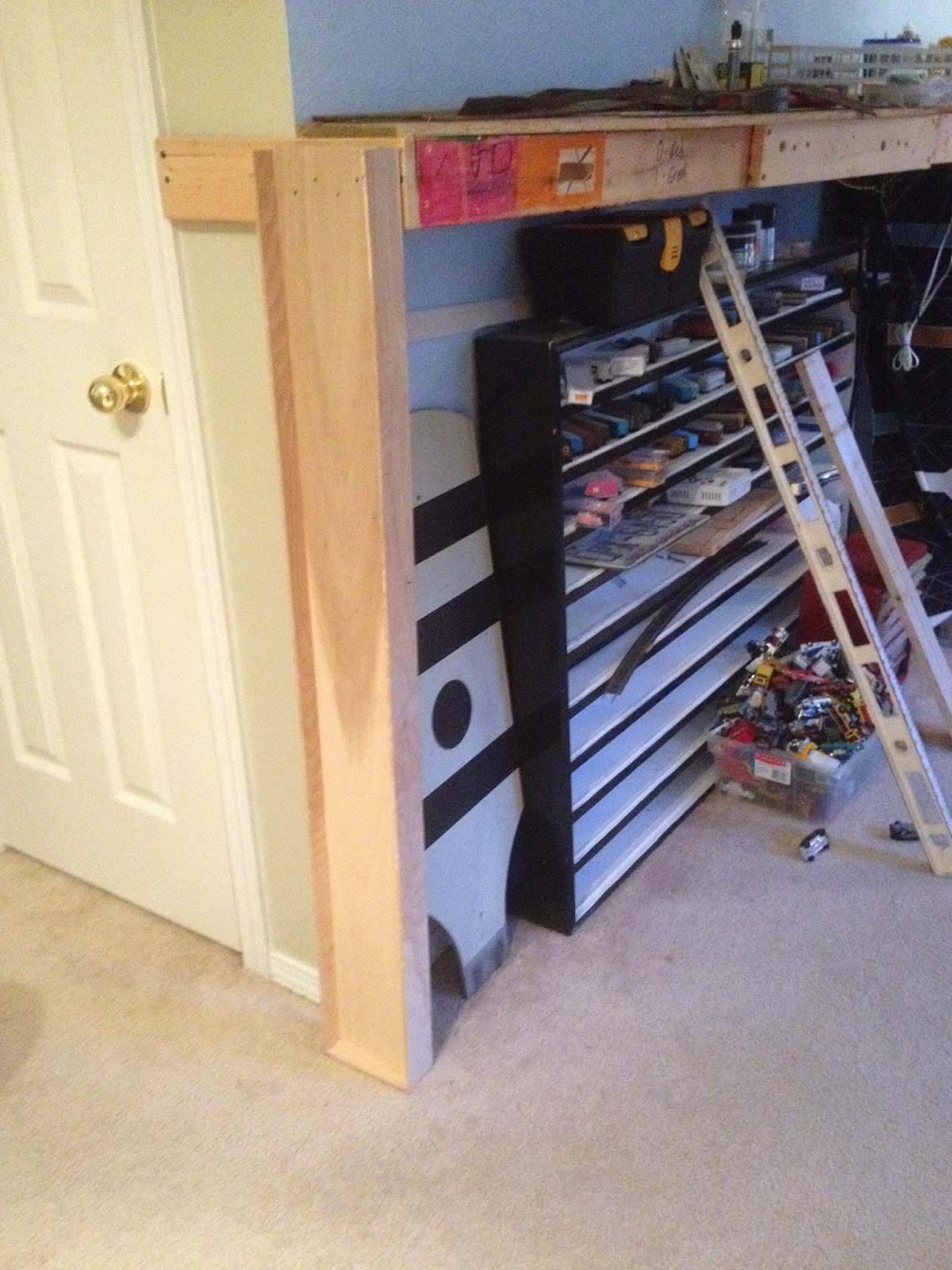 Posted by Steven Johnson at 9:10 PM No comments: